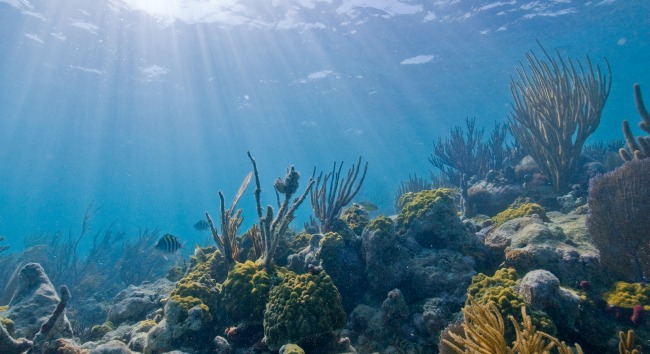 To find “twin towers”, start from the south buoy and head due north for two hundred feet. This will place you on a twin peak pyramid measuring about eighty feet long and fifty feet wide. The peaks of the pyramids are 18-20 feet high and the structure has a diameter of 95 feet. Other pyramids can be found 100 feet due east of the north buoy and on the southwest corner of the barge on the center buoy. The newest addition to this reef site, a low level reef structure 150 feet long and 85 feet wide, lies 50 feet northwest of the center buoy. This addition consists of 600 tons of concrete bridge piling cutoffs, culvert, and light poles. A 35-foot barge previously used in the early days of the County’s reef program rests atop this new addition.

On site, a good variety of angel fish and snapper can be found, along with schools of Barracuda, including some massive ones. Occasionally, Spotted Eagle Rays can be spotted. Irrespective of the fishes inhabiting it, the structures themselves are massive and thus, provide with lots of other sea life.