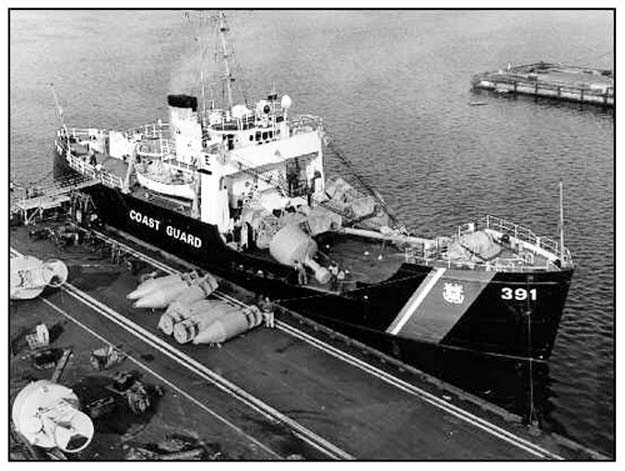 The U.S.C.G. Blackthorn (WLB-391)black is one of the most popular wreck dives in the Tampa area. Located in 80 feet of water, this 180 foot Coast Guard Tender lies about 20 miles offshore in the Pinellas Artificial Reef Site #2, and is broken into 2 large sections that lie upside down. The buoy tender served nearly 40 years in the U S. Coast Guard maintaining navigational aids, breaking ice on the Great Lakes and assisting in salvage missions as well as rescues of sinking vessels. At its launch in July 1944, the Iris-class tender was one of the largest class of tenders in the Coast Guard.

The Blackthorn had just completed additional renovations in Tampa and was leaving port for Galveston, Texas, when she collided with a huge freighter. As the 605-foot S.S. Capricorn headed into port in the long channel shortly after night had fallen, the 180-foot tender collided nearly head-on with the freighter in the center of the channel, just west of the Sunshine Skyway Bridge. The Capricorn’s anchors were in position for docking and one lodged into the side of the Blackthorn. The inertia of the ships caused the Blackthorn to be dragged first backwards, then sideways. The Capricorn’s anchor line wrapped under the Blackthorn and as it tightened, the Blackthorn capsized. Twenty-seven crew escaped the rapidly sinking ship, but 23 seamen lost their lives that night. Within ten minutes the Blackthorn had sunk in 40 feet of water.

Three weeks later, the ship was raised but the damage was too extensive for repairs. The Blackthorn was towed 20 miles offshore to the Pinellas #2 Artificial Reef Site and sunk in 80 feet of water. The ship is broken into two large sections which rise 15-20 feet off the bottom. The major sections are upside down. Penetration is not recommended. The area has a large amount of silt making visibility poor.

The ship has become heavily encrusted and has attracted a large amount of marine life. Goliath grouper, snapper, mackerel, schools of spadefish and even some whale sharks have been spotted in the area. The Sheridan is just 200 feet away from the Blackthorn.