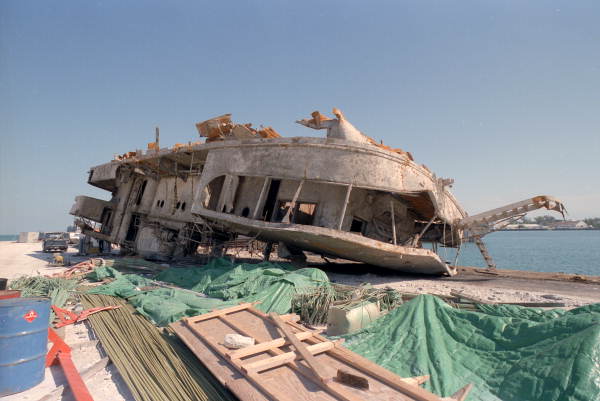 Cayman Salvager: Utilized as a cable layer and to haul freight, the Cayman Salvager, known also as Cayman Salvor, was in service from 1936 to 1985. Subsequently, following a government seizure resulting from the ship’s 1979 role in carrying Cuban refugees during the Mariel boatlift, it sat neglected at the U.S. Navy harbour in Key West and was slated to be scuttled as a deep reef in 300 feet of water in 1985. But while being towed out for re-sinking, she prematurely sunk in just 90 feet of water where she currently resides. She settled on her side but was kindly righted a few months later in 1985 by Hurricane Kate.

Because the ship sits at a reasonable depth and is upright and in good condition, the Cayman Salvager is one of the most popular dive sites off of Key West. The ship’s stern sits in 92 feet of water, its engine room and interior compartments are located at 80 feet and open decks can be found at 70 feet. The dive site is close to the currents of the Gulf Stream, providing excellent visibility. Bar jacks and schools of silversides frequent this site. Divers have reported that a 200-pound jewfish and a six-foot green moray eel call this vessel home.

Prior to her scheduled sinking, the Cayman Salvage had been cleaned and stripped to create a smoother structure to foster pelagic life. Because of the removal of restricting parts, penetration is possible but is considered dangerous. It is recommended that divers who desire to pursue such a mission do so during a return dive and not on the first exploration.