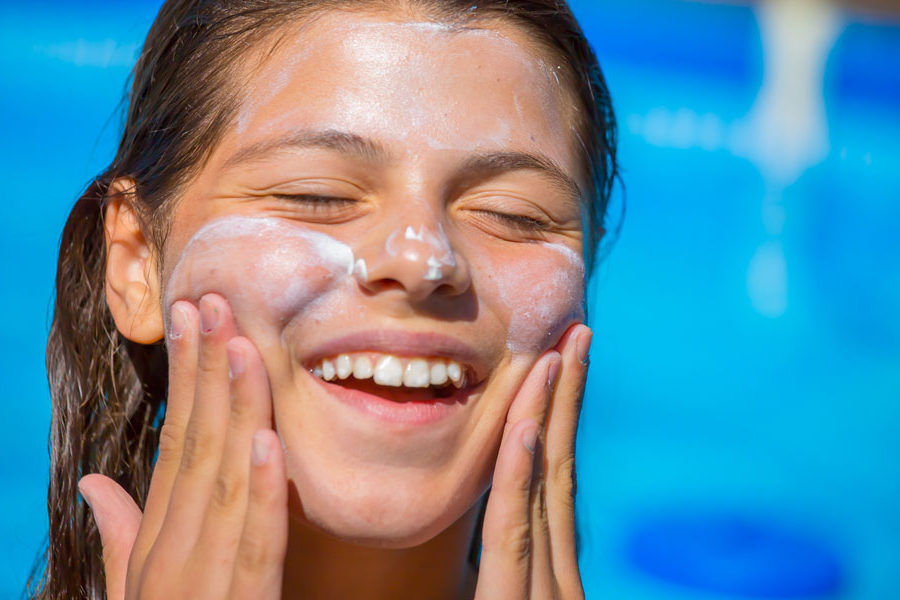 Many divers dislike the process of flooding and clearing their masks. It’s not a particularly difficult skill, but it can cause some trepidation, particularly in new divers. Part of the problem, is that flooding your mask with salt water can make your eyes sting and render you virtually blind for a period, which can sometimes effect buoyancy control.

I’ve always found that my eyes sting like crazy, but if salt water stings so much, how come some guys open their eyes in the ocean with apparent impunity?

Eventually, I received a tip: if the burning is that intense, it’s probably not the salt.

Time to research. Turns out, the harsh chemicals contained in most sunscreen can cause result in some serious eye burn. A wet or sweaty face inside your mask causes the sunscreen from your eyebrows, forehead and cheeks to slowly work its way into your eyes. Flooding your mask could just make things worse. Either way you’re probably no longer enjoying your dive. And it only takes a little. No wonder sunscreen makes the corals die.

Well I wanted to see if this was true. Easy enough to test, I thought. Who doesn’t love a good science experiment?

Next scuba dive, no sunscreen.

The result? No sting! Wow. Except now my white Euro-face was sunburned, which also stings, right?

Enter the new “reef friendly” sunscreens that don’t use dangerous chemicals like oxybenzone. I was told that apart from being coral friendly, they also won’t sting your eyes, and it was time to up the ante.

I ditched my regular sunscreens and got my hands on some Stream2Sea mineral sunblock. Then I went diving in the Caribbean for a week. Like I needed an excuse.

I plastered my face in the white mineral cream and steeled myself for a few random mask floods. I won’t lie, I wasn’t happy about the idea. I mean sunscreen in your eyes really does burn. It takes a lot of eye watering before you can see again. Meanwhile, those numbers on your gauges are be nothing but a blur as the minutes pass and you lose sight of your dive buddies. “Maybe I shouldn’t bother,” I thought. I was having a perfectly lovely dive in Roatan, my mask was dry inside, I had great visibility – why ruin it?

Well I’d promised, in the name of scientific research and all that. Nobody likes a liar. But I waited until the dive was nearly over. Not stupid.

I opened my eyes slowly, and awaited my punishment.

The result? No burn. Right away, I could see. I felt like Eddy Murphy in Trading Places: “I can see!”

Ok, sure, the salt water stings just a little, but barely. Nothing like the searing burn from my old sunblock which lasted several minutes. To be sure, I did it again. And again. No problem.

So there you go. It’s true. Mineral sunblocks don’t sting. So now you have zero excuse to keep polluting the oceans with your nasty oxybenzone.

Take the challenge! Toss those nasty chemical sunblocks into the trash and invest in something that will help protect the reefs and leave you free to sweat into your eyes without fear; clear that leaky rental mask any time. The marine life with thank you – and so will your eyes.

We’re sold – and we have a deal for you, so that you can be too.

Get 10% off all Stream2Sea products now by entering “ScubaSchedules” at check out – just use this link.