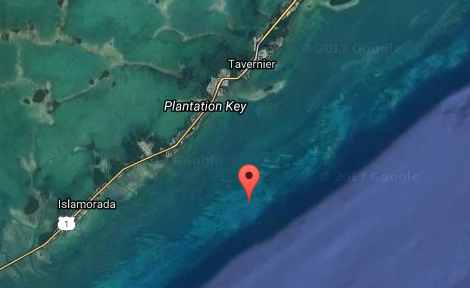 El Capitan: This treasure ship is one from the Nueva Espana Fleet. She was the flagship of the fleet her name was the El Rubi. The fleet was made up of armed galleons, merchant ships and smaller ships that were carrying the silver pesos and gold coins. The Galleon was part of the 1733 hurricane-caused wreck that forced 22 ships on to the Florida Keys.

The fleet left Havana harbor on July 13, 1733 on their way home to Spain. A day later a hurricane hit the fleet and sent them onto the reefs of the Florida Keys. Only five of the 22 ships made it out of the hurricane four sailed back to Cuba safety and one sailed on to Spain without damage. During the next few years the Spaniards with the help of the natives in the Florida Keys salvaged the shipwrecks. They lay on the reefs undisturbed for a couple of hundred years.

In the 1950’s treasure hunters with the help of underwater metal detectors rediscovered the treasure ships. At this time large pieces of the ships were still visible. They brought up cannons, figurines, muskets, silver pesos and a number of gold coins. There was no interest in archaeological surveys and preservation. This was all about the loot and selling it for profit. I can tell you right now I would have done the same thing. The salvers kept some of the best pieces for their private collections but the rest was sold to the highest bidder.

This site is protected by the Florida Keys National Marine Sanctuary (FKNMS) and is included in the research and recovery permit, #FKNMS-2006-029. Artifact recovery is not permitted on this historic shipwreck. Illegal activity that may jeopardize the legal recovery and protection of these very important historic artifacts is strictly enforced.

All that remains of this ship is a ballast pile covered with coral heads.