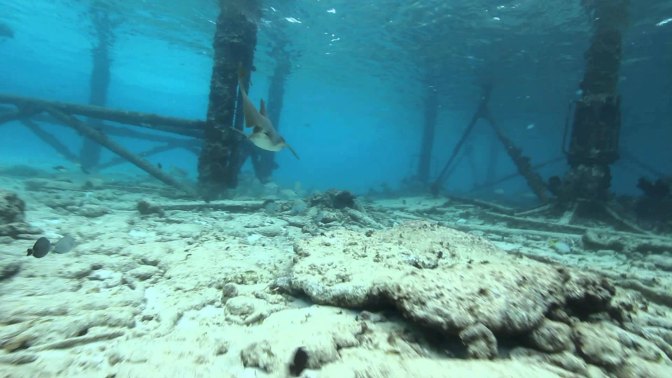 Alligator Reef: This Key Largo dive site is inappropriately named after the believed USS Alligator which is thought to have wrecked here but perhaps is elsewhere or nearby. It also was once considered to have the largest number of fish species in the world. In the 1960s, a study of Alligator Reef found and identified more than 500 species of marine life.

Alligator Reef is a Sanctuary Preservation Area (SPA). The SPA covers .2 square nautical miles and contains portions of the northeast rubble ridge, the reef crest, and some of the spur and groove system present in the reef. Mooring buoys mark off the area that is heavily used especially by commercial divers. Activity is rarely restricted for recreational diving as the commercial sectors are blocked off and very few are displaced.

The reef arose around a wrecked ship; the USS Alligator built in 1820, which went down in 1825 while on a Navy mission. This 86-foot ship was attempting to protect a convoy from being raided by pirates. Salvaged after going aground, the crew decided it would be best to blow up the ship in order to protect her from further pirating. The remains of the ship are two piles of ballast stones but the surrounding reef is one of the largest in the area.

Alligator Reef is located six miles south-southwest of Windley Key and can be easily identified by the reigning 136-foot tall lighthouse tower. The dive site is a great place for underwater exploring and has many crevices and ravines that beg the diver to investigate. Upon further discovery, the diver will be able to identify hard and soft corals, several shells and a plethora of tropical fish. The depths of the dive range from a shallow eight feet all the way down to forty feet.