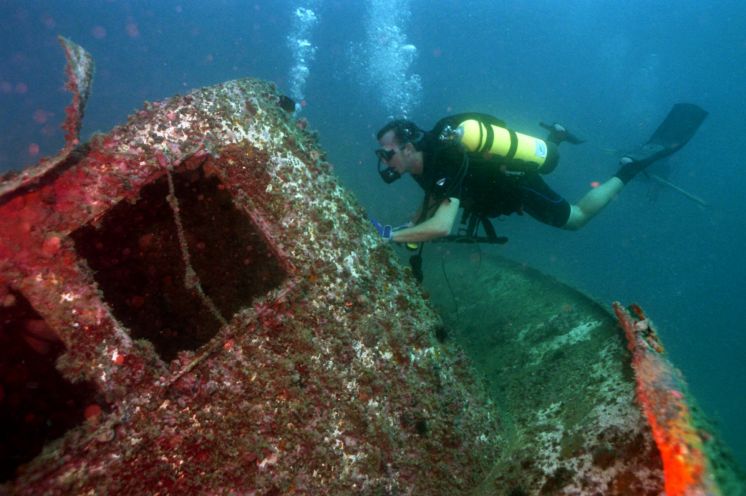 Gunsmoke wreck history is a modern-day pirate tale. It’s said that during the 1970’s the old shrimper was being used to smuggle marijuana. One story says that in January 1977 the drug smugglers were secretly unloading their cargo near Panama City when two teenaged girls and two local men happened upon them. The lookout for the smugglers panicked and shot and killed one of the men. The smugglers abandoned the ship and its cargo and took the other three witnesses about 150 miles away, killed them, and dumped all four bodies in a sinkhole. The lookout was convicted of the four murders and died in prison on Death Row in 1999. Supposedly, the Gunsmoke was found floundering off Egmont Key surrounded by bales of marijuana in November 1977.

Another legend says that the Gunsmoke was scuttled by her crew while being pursued by the Coast Guard. Government divers are said to have found a man below deck who had been shot in the head.No matter which story is the truth, the Gunsmoke is an interesting wreck dive. The old 65-foot shrimper sits in 80 feet of water about 20 miles offshore. She is listing to starboard and has collapsed at midship. Shrimp nets are draped across the rigging. Because of its depth, it is considered as an advanced dive site.