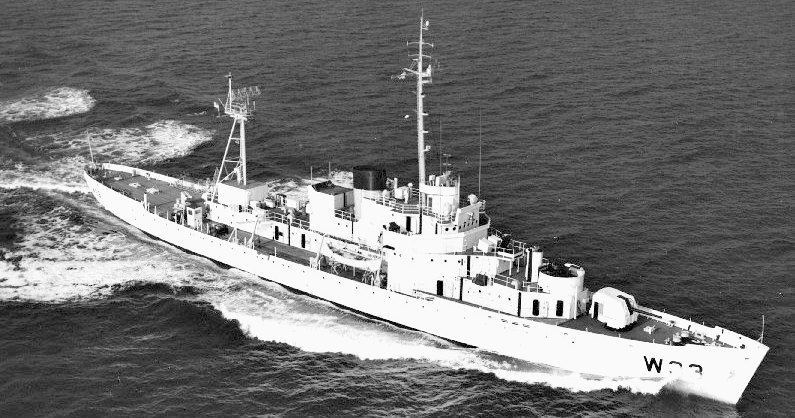 The USCG Duane is a 329-foot cutter that was decommissioned on August 1st, 1985, as the oldest active U.S. military vessel. It was a Coast Guard Cutter that was named after the Secretary of the Treasury under President Andrew Jackson. She was built in 1936 and was intentionally sunk on November 27, 1987, to create an artificial reef. This Duane was sunk deep down to ensure that it would not conflict with navigation in the area.

The Duane had a much storied career. She served patrol duty in the North Atlantic and Viet Nam. She served convoy escort duty in 1942, served as the flag ship for Major General John O’Daniel who headed Operation Dragoon during the D-Day invasion and assisted in the sinking of a German U-Boat. Her proudest accomplishments were the hundreds of lives saved during her service.

After its sinking, the Duane quickly became the number one wreck dive in the United States of America. She sits upright in the sand at a maximum depth of 125ft. Her deck is at 100ft. and the top of the crow’s nest is at 50ft. You can see most any of the varied reef fish that Key Largo offers. The most exciting part of diving on the Duane is the squadron of Great Barracuda that patrol the area and the pelagic species that just might swim by such as Bull Sharks and the occasional Whale Shark in the early spring.

Because of her depth, though, the Duane often experiences strong currents that can make diving impossible, however, when conditions permit, she offers some of the best wreck diving in Key Largo. The currents and depth mean that this is a dive restricted to those divers holding a minimum of Advanced Open Water certification.